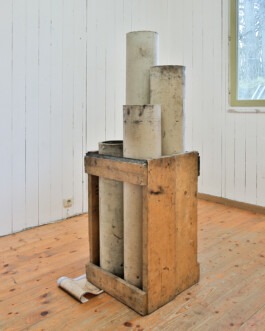 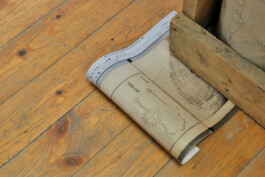 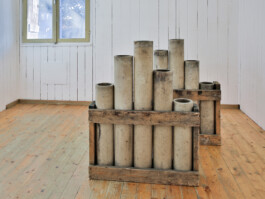 like vodka, your nights will flare up
Modified fireworks mortar rack, sticker of the Ecstasy of St. Cecilia by Raphael
Title based on Casatchok, Dori Ghezzi (1968)
2022

All three pieces are part of Oh, you song, [...] head for the bright sun, a series of works dealing with the intersecting histories of fireworks and gunpowder, warfare, pipe organs, church music and representation. All titles of the project are excerpts of lyrics from various versions of the Soviet Estrada song Katyusha, released in 1939.

The print of Purple skies [...] as we watched the stars grow pale and grey shows a scan of two pages of the Wujing Zongyao with illustrations of two of the oldest types of bombs. Written in 1044, this chinese military manual also contains the earliest surviving chemical formula of gunpowder. The user interface of adobe acrobat, that frames the scan is redesigned with custom icons to resemble that of a rocket launcher.