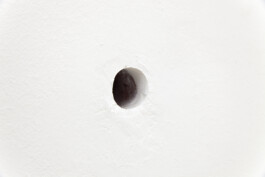 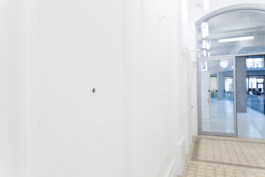 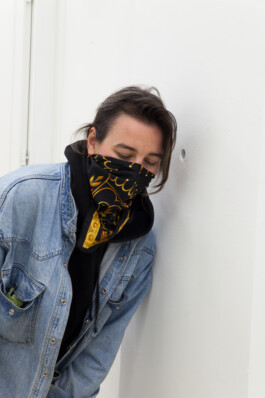 Dot is a work that engages with geography, as it is warped and distorted through digital communication programs like Zoom or Skype. The audio transmission of these programs is almost always mono, providing us with a soundscape that knows no right, left, up and down, where bodies and spaces are compressed, layered on top of and mixed with each other. While the images of webcams are separated and organized in a grid, the sounds of bodies, voices and places are squeezed into the monophonic dot, that is mapped onto the loudspeaker's membrane; a compression, that echoes the compression of space, through which these programs allow us to communicate over large distances with each other.

Dot is an attempt to link two historically distant moments. Can the virtual, non-material bodies and voices of digital communication be thought of as angels? Can medieval angelology shed a weird light on the promises of globalization and the shifts in geopolitical power and state sovereignty, triggered through the often privatized infrastructure of digital, surveillance capitalism?

The soundtrack of this installation, that is emanated by a speaker put into a hole in the wall, is based on a recorded Zoom meeting. In it, I conducted a choir composed of 17 friends, family members and colleagues to speak variations of the medieval question. Additionally I used the background noises of their places.

I’d like to thank everyone who was part of the choir for their time, effort and support: